Team Roskanautti Won the Space for Humanity Bootcamp - Our Colleague Rathan Was One of the Winners! 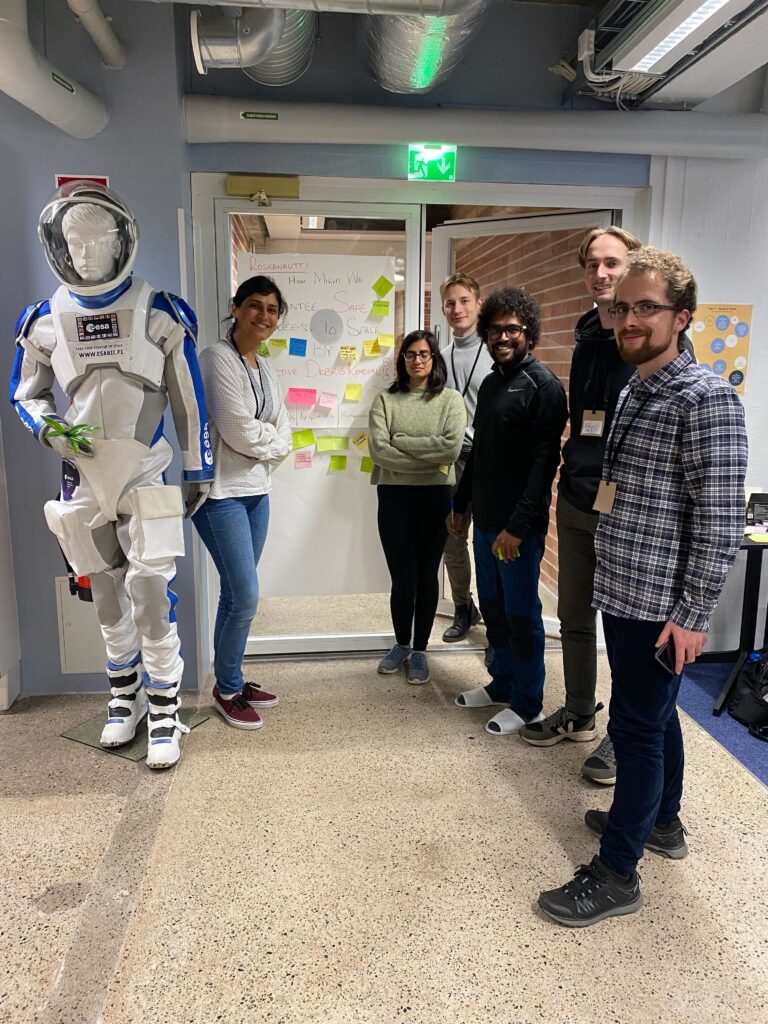 Our colleague Rathan Kumar Alagirisamy joined the Space for Humanity Finland Bootcamp in Otaniemi, Espoo. The five-day Bootcamp took place from 8th to 12th November, and it was organized by ESA BIC Finland. There were 43 participants from 14 different countries attending the Bootcamp.

The Bootcamp was targeted for future impact entrepreneurs equipping them with ideas, technology and community. The participants built transformative ideas leveraging space and space technology to affect positively the future of people and the planet. The whole week was very well organized and structured with great speakers and experts to keep the level of learning high.

There were different themes and every participant had already chosen a theme they would like to work along with their confirmation of participation. Some participants came with ready-made teams but others created the teams in the beginning of the Bootcamp.

Rathan’s team was called Roskanautti, and it developed an innovative concept for Space debris removal, that took home the 1st prize.

– I had chosen the theme ‘Space debris – tackling one of the biggest wicked problems of our time’ since I wanted to work on a theme where I had the least knowledge and to learn more about the topic, Rathan tells.

The teamwork was very intense since the teams had very limited time to work in groups. Rathan’s team had three rules for working together: keep it simple silly (KISS), have fun, and respect each other’s ideas and do not discard any idea without consulting the whole group. This helped the team to win, as the team learnt later.

– Working in a team and coming up with ideas and the refining it was so intense that a few minutes of the exercise felt like a really long time, Rathan says.

– We learnt a lot from one another and did have a jolly good time coming up with some crazy ideas before settling on the one that was novel and practical. It was a great learning process. A little research in the evenings did give us the confidence that we were on the right track, he continues.

As a prize, the whole team got tickets to the Slush 2021 in the beginning of December.

The whole KvarkenSapceEco team congratulates Rathan and his team Roskanautti!

P.S. The name Roskanautti is a mix of Finnish and English. Roska means garbage, and the whole idea is to collect garbage from the space.