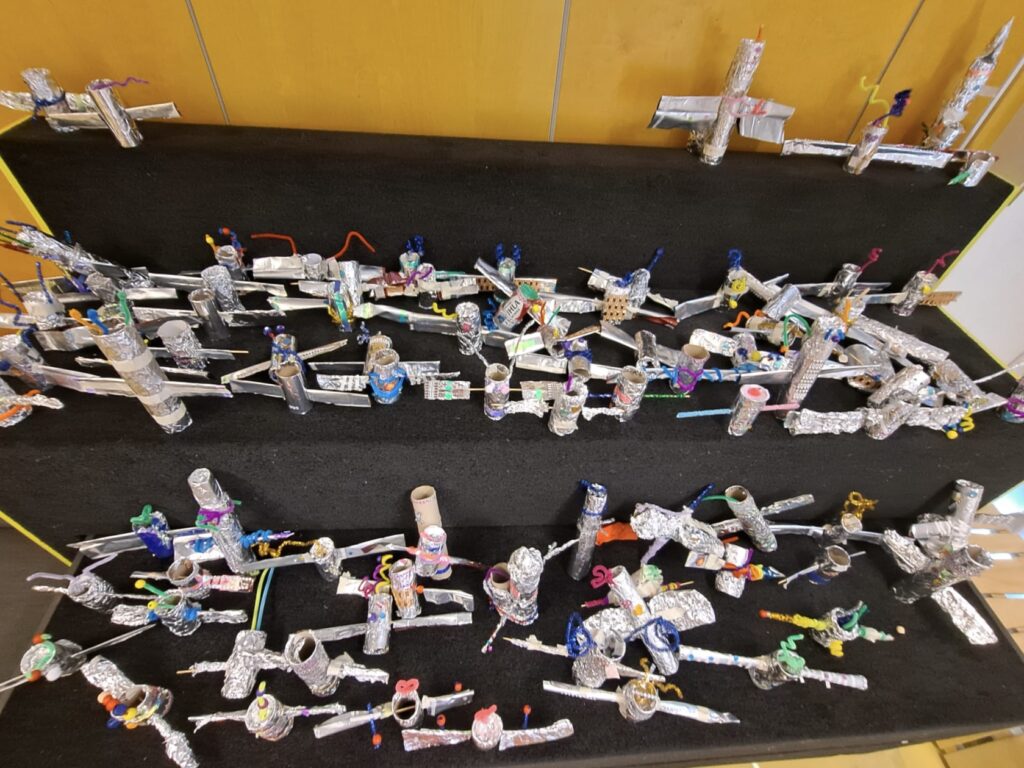 Kvarken Space Center was invited for a school visit to Nummen koulu (Nummi School) in Vaasa (Finland) to talk about satellites and organise a satellite-building workshop. The visit was organised on 22nd March 2022 and it included three lectures and two satellite workshops with 200 school children aged 8 to 11. 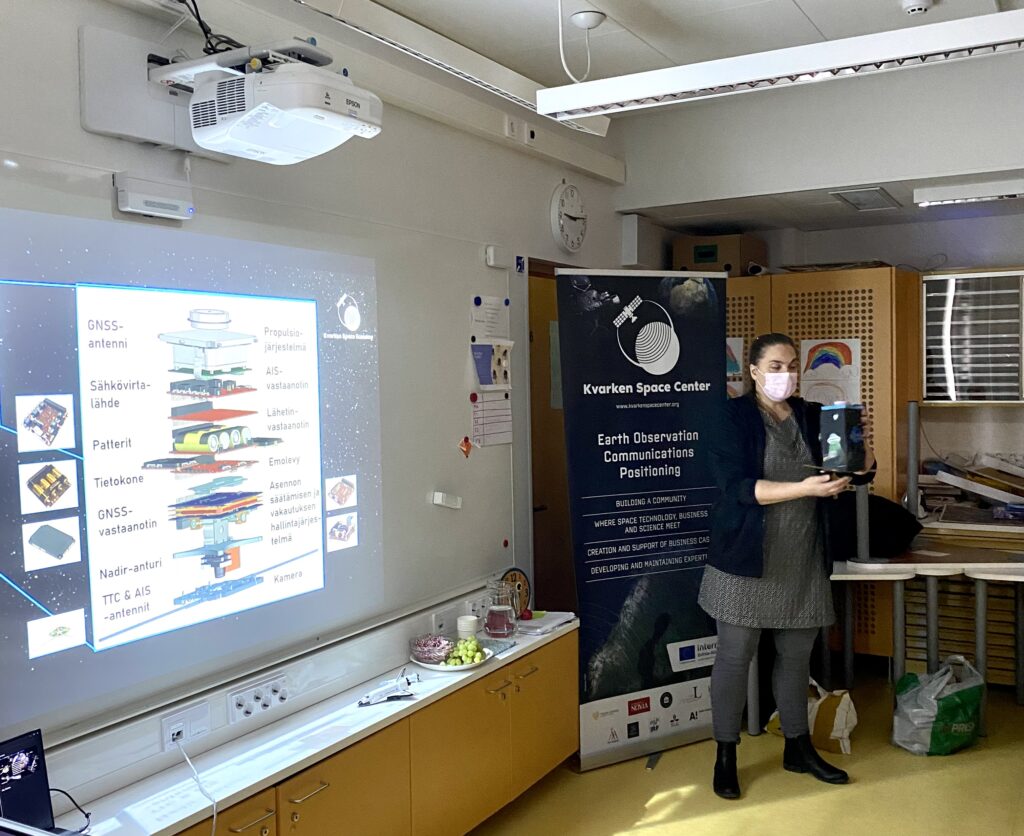 The EU Botnia-Atlantica Kvarken Space Economy project leader Professor Heidi Kuusniemi (University of Vaasa) held lectures, which included an introduction to space, satellites, and other space objects. The children were interested in rocket launching, satellite communication to the ground, and different types of satellites and probes.  The lectures were a perfect opportunity to introduce Kvarken’s own satellite, the KvarkenSat, to children. The 3D model, painted by Vimpeli highschool students was displayed at the Nummen koulu.  The lectures also had an important message, we need to avoid space debris, so sustainable development of space is very important.

The satellite workshop was a 30-minute craft session for children, where the Kvarken Space Center team (Heidi, Rathan & Katriina) and teachers were helping kids to build their own satellite. Satellites were made of cardboard paper rolls, aluminium foil, coffee bags, sticks, pipe cleaners, and stickers. The children designed their own style of model and size of satellite and thought of their satellite’s function. 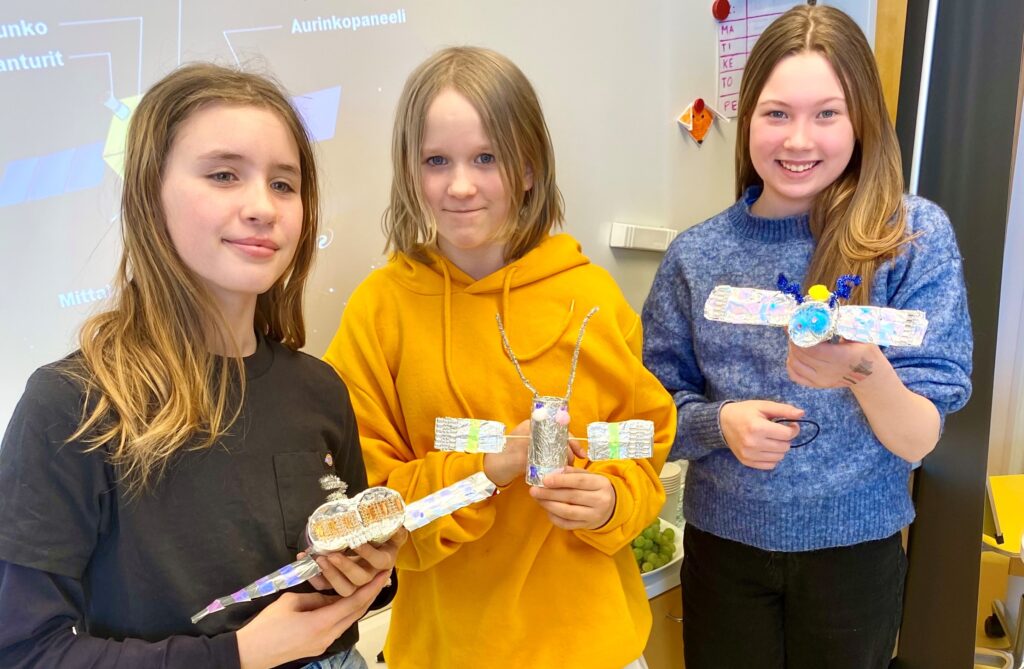 The children also received some homework, as Kvarken Space Center provided printed out Galileo –satellite cardboard models to be cut & built at home.

Kvarken Space Center thanks Nummen koulu for the invitation and wishes for enjoyable moments with space!

If your school is interested in receiving materials or visits from Kvarken Space Center, please contact project coordinator johanna.haveri@uwasa.fi or project leader heidi.kuusniemi@uwasa.fi .

Raising Awareness of the New Space

Five teams were rewarded in the KvarkenSat Innovation Challenge 2022