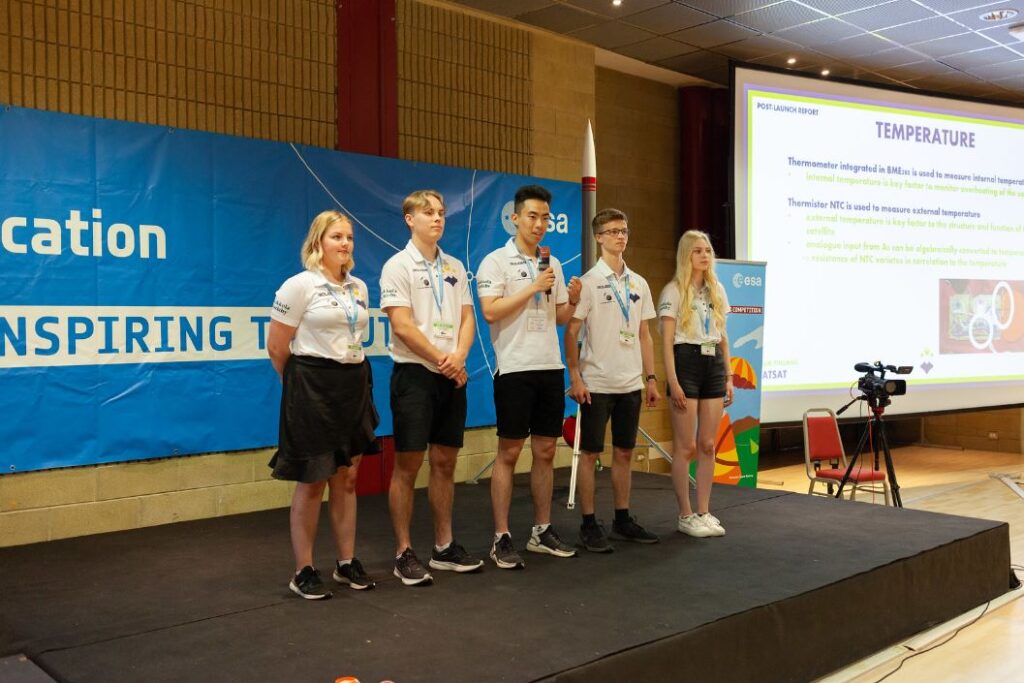 Teams of four to six secondary school students, aged 14 to 19, were invited to compete from 21 ESA Member States, Latvia, Lithuania, Slovenia and Canada. There were 25 teams participating and about 200 participants all in all.

A CanSat competition challenges students to simulate a real satellite, that has to be integrated within the shape and volume of a soft drink can. The team’s task is to fit all the satellite’s essential components into this satellite, which was launched by a small rocket up to a height of 1 kilometer.

BatSat team was working hard on their can shaped satellite before the journey to Italy. There was an intensive three weeks of bulding, testing and coding.  All the systems had to be planned and tested. Also, the presentation needed rehearsing. This was also new for many of the team members.

Every participating CanSat team had to perform two missions: the primary objective was required and involved radio transmission to send and collect air temperature and pressure data at least once per second. The secondary mission was entirely up to the students’ creativity. 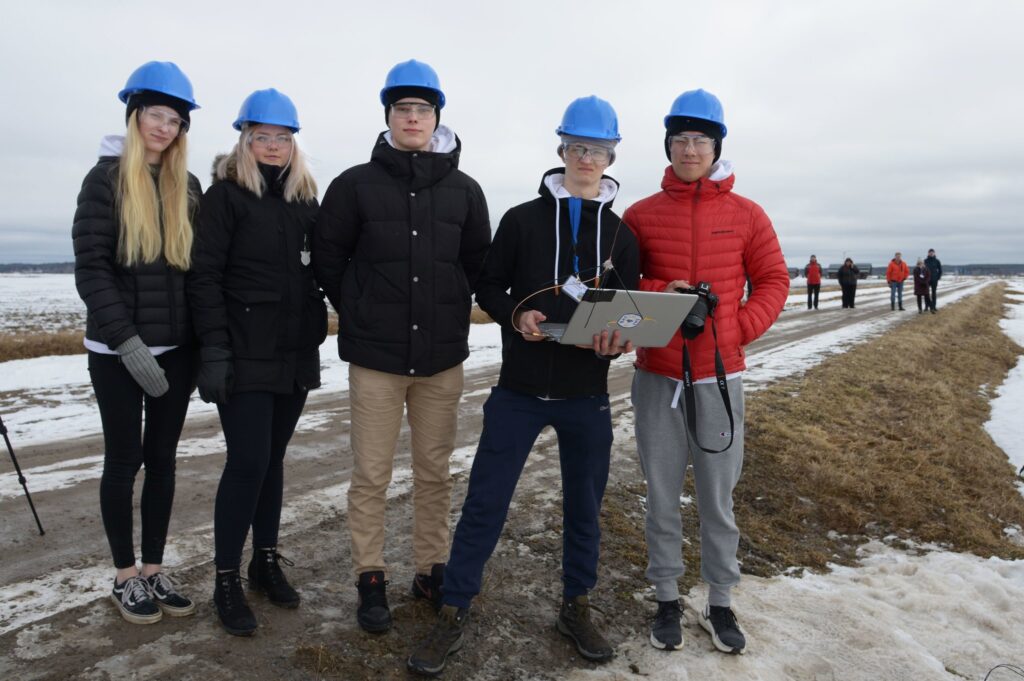 “For the Finnish BatSat team the launch and all the satellite operations went flawlessly, despite the rather sketchy antenna configuration. The huge amount of work in debugging the satellite paid off and we returned from the launch with full set of data. “

“This was not the case of all teams. Very many ambitious missions went amiss because of technical flaws or signal losses. So the team was extremely happy about the satellite performance.” he added.

The secondary mission of satellite navigation, acceleration measurements and temperature correction of the height calculation also went nicely. Although the team found that the data analysis was somewhat complicated.

Therefore, Erkko concluded “In the final presentation the team also performed fine, the judges asked hard questions which really challenged the team, and were happy about answers. Team Batsat had excellent comments and positive response. Nonetheless, position on the podium would have needed more ambitious plan, larger story content and even more scientific resources.  We will look at these issues in the future CanSat projects.”

Winners of the Best CanSat Project award were the Swiss team YesWeCan, whose secondary objective was to find out if there was life at the landing site.  They arranged the genetic sequencing analysis of their CanSat-gathered data in the nearby university in the very evening of the launch.

All in all, Team mentor Erkko Saviaro expressed his feelings about competition:

“Nonetheless, the biggest thing of the competition was not the rating but the social activities and the togetherness with the other 24 teams of young talented people around the Europe. That part of the journey will certainly leave dearest memories in the minds of team BatSat.”