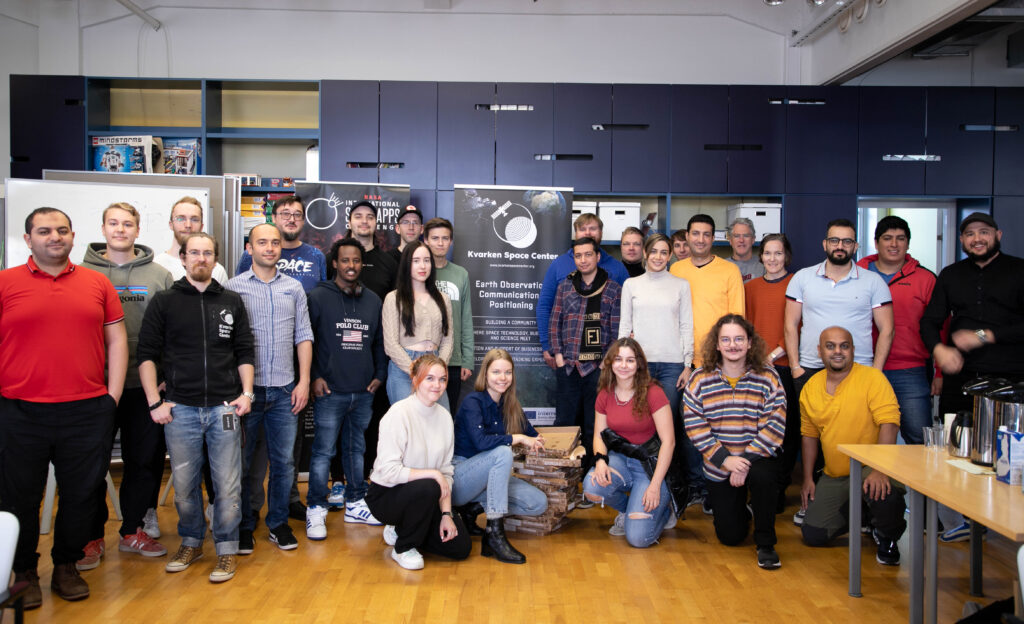 NASA’s International Space Apps Challenge took place 1-2 October in Design Centre Muova. This hackathon was a part of the KvarkenSpaceEco project. This year’s slogan for the hackathon was “Make Space”, which means enabling access to space for everyone, regardless of their background.

NASA’s Space Apps Challenge is a continuous event that takes part each year. It’s a huge global event, for instance, 28,000 individuals from 162 countries participated in the challenges last year. This year students had to choose between 23 challenges.

A challenge named “Outfitting A Mars Habitat: A 3d Print Challenge” was one of the most popular challenges, as three teams took part in it. Team TAMUT (members Mircea Prisada, Konsta Rinta-Koski, Jussi Lehtimäki, Alireza Badiee) was one of the teams participating in this challenge.

“It was first hackathon for all of us. It has been very good experience and every problem that we solved will add to our overall experience, we enjoyed pitching in front of others, and also seeing other students’ presentations. This hackathon challenged us, we had a problem to solve and a very short timeline. To make something from idea to the actual print is really challenging. Some of us, did not have any basic knowledge about 3D printing, so we jumped into a really big hole. But now we see what 3D printing really is and what are its opportunities and limitations. And we believe we created something functional”, they explained. 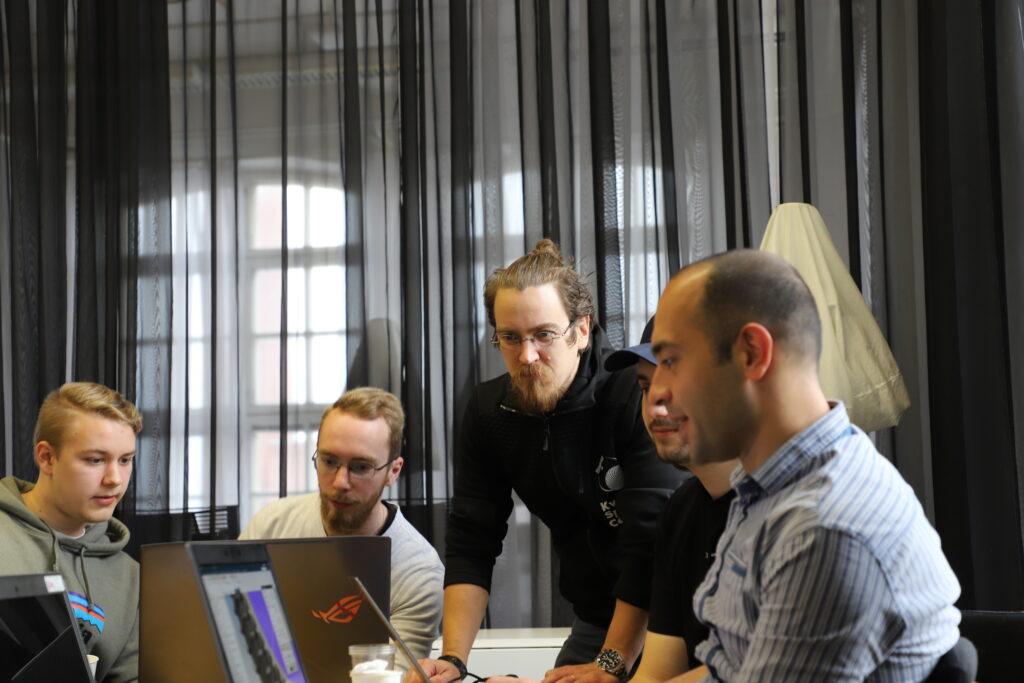 Jari Ratilainen, the organizer of NASA Space Apps in Vaasa, giving instructions to a team.

“This is really exciting for us and nice to meet new friends here. I am happy to be a part of making solutions for wider global issues. Nature can save us”, said Helena.

Her teammate Mohammad added: “I do not find the challenge difficult, we chose an important topic that is important for the whole society. We found the other topics a little complicated, so we are happy we chose this one. This event can help NASA solve problems easier, people from different majors try to think about many aspects how to solve the projects. We have joint thinking about the problem.” 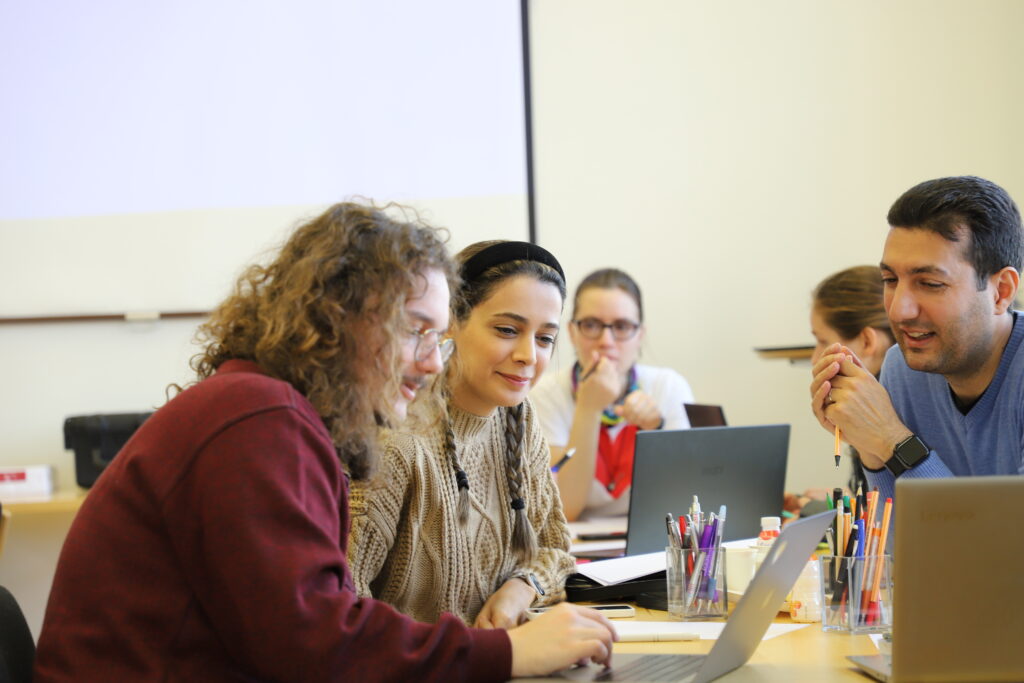 Maksim explained their project: “We are enabling space exploration for scientists. We want to help people start doing research in space, because it’s just simpler to have a lab in space than trying to figure out how things should work by simulating. There have been problems with traditional space explorations, one of them is lack of gravity. It’s a huge thing! Then there is a lack of space to do the actual exploring. Look at the cramped ISS. As our challenge is named “build a space biology superhero” we chose scientists and builders of the space station as our superheroes. They will be the brave humans to go explore the unknown unknowns. “

Maksim expressed his feelings about the competition: “For me it has been quite a journey, we had continuous integration going on. We had one guy joining us from Uzbekistan, halfway through the first day of the hackathon. Last night, we recruited a biologist from the USA, who gave us some good pointers on what biologists are working on nowadays. Otherwise, it has been smooth riding. Some members of our team learned a lot. Overall, we are happy how it has progressed, we are a very enthusiastic team.“

In the hackathon, there were several active mentors, who helped the teams, to solve different arousing problems. One of the mentors Kendall Rutledge, Research Program Manager for Space from the University of Vaasa.

“ Over the past few years I have participated in several NASA’s Space Challenges as a mentor. This year seems above the others somehow, it is well organized locally with many energized attendees who have shown up ready to work on the challenges. The main keywords I could describe the event: coherence, order, activity and focus.” 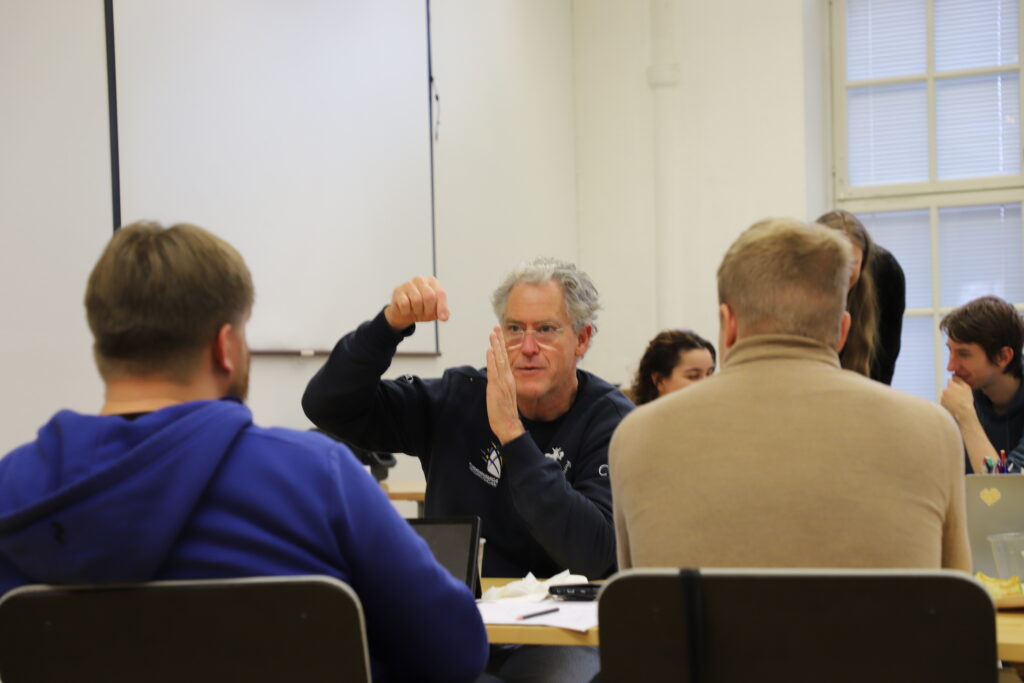 The other mentor from University of Vaasa, researcher Cem Özcan explained: “It was my first time as a mentor, and I was happy to answer people’s questions. Seeing that I am able to help with different projects was a motivating part for me.”

NASA’s International Space Apps Challenge in Vaasa was organized by Jari Ratilainen, Project manager of West Coast Startup. He concluded: “It is exciting we had this many people joining the event. For the last few years, we only had online virtual hackathons, which makes this event even more engaging. This year we have many good teams and many enthusiastic people from the local universities participating. It is also nice to see that there are teams working on different levels of challenges, from intermediate to more advanced.”