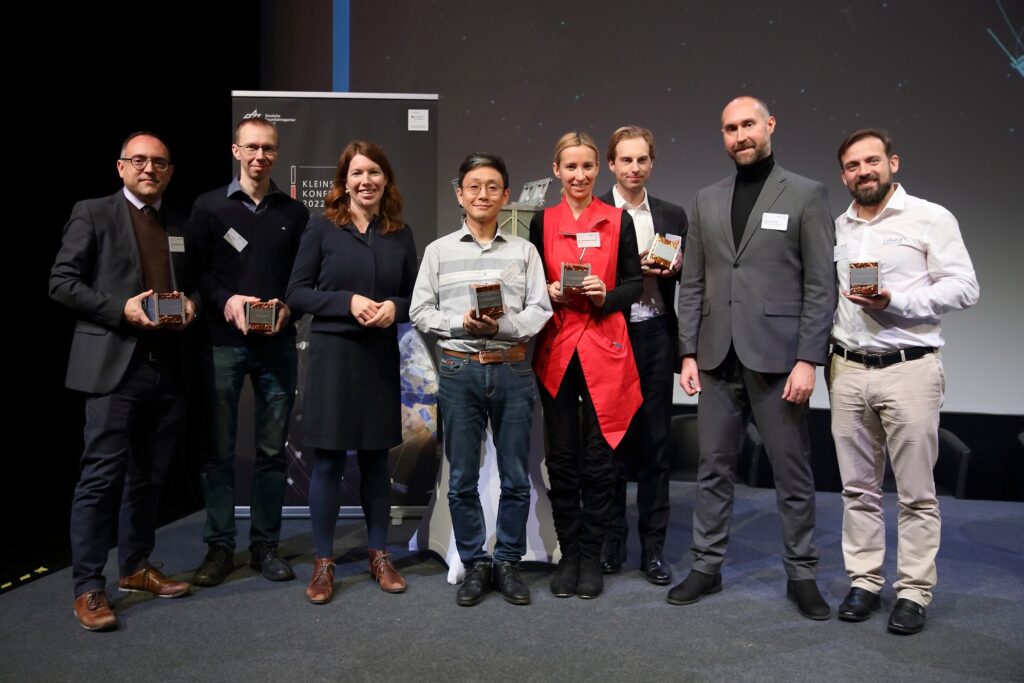 This week at the international small satellite conference held in Berlin, 10 small satellite designers were awarded a free launch into space. The Kvarken´s very own KvarkenSat cube satellite was among the winners!

The KvarkenSat, developed in the KvarkenSpaceEco cross-border project, will be launched into orbit on the second flight of Isar Aerospace Technologies’ Spectrum micro launcher, scheduled for either 2023 or 2024.

The free launch prize was part of the German Space Agency’s Microlauncher Competition program, which aims to promote the commercialization of European space activities as well as improve the competitiveness of companies and research institutes in the field. During the program, two German companies, Isar Aerospace Technologies and Rocket Factory Augsburg, have developed micro launchers, small-sized launch rockets to transport small satellites into space.

“What is great is that KvarkenSat becomes a free passenger on Spectrum and we don´t have to fund launch costs. However, what is significantly major is that the satellite designed in our project has been quoted as being worthy of an award amongst the hundreds of European satellites that participated in the competition”, said University of Vaasa´s KvarkenSpaceEco´s project manager, Kendall Rutledge.

Although the project has ended, the construction and testing of the KvarkenSat small satellite continues on at Luleå University of Technology and the Swedish Institute of Space Physics in Kiruna. The satellite’s completion schedule compliments well with the planned schedule for the second flight of the Spectrum microlauncher. 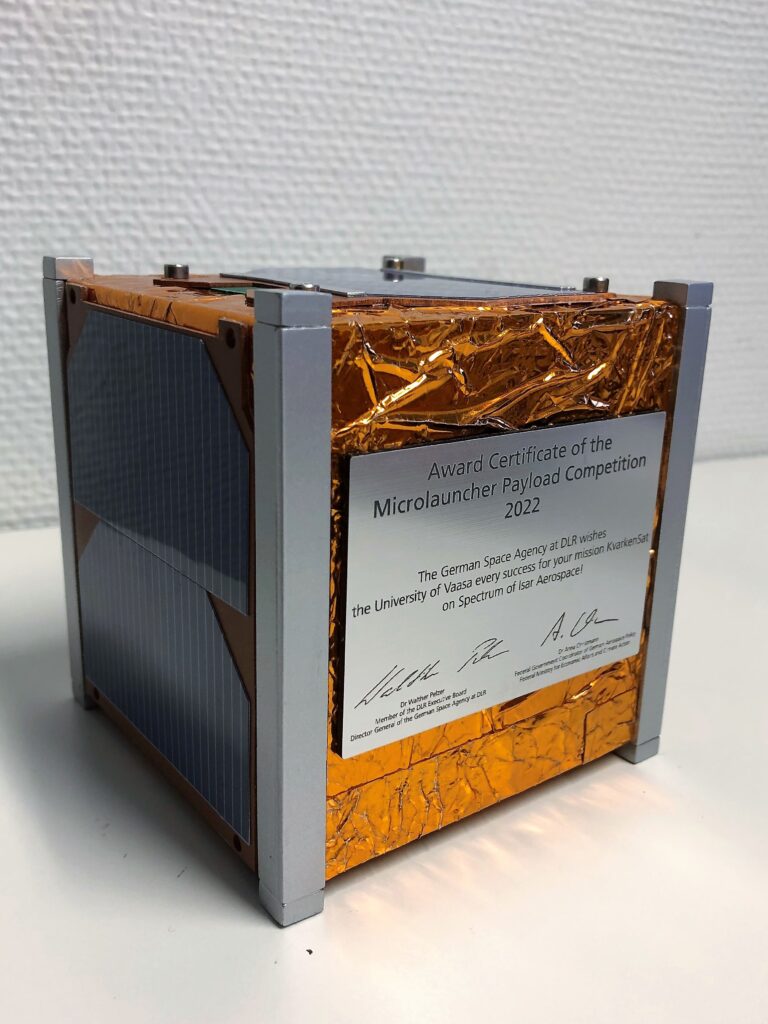 “The opportunity of a free launch is a great thing, and it was also interesting to talk with other satellite builders awarded in the competition.”

The first two flights of Isar Aerospace Technologies and Rocket Factory Augsburg will be filled with small satellites chosen by the German Space Agency, designed by European research institutes and small companies. The prize recipient selection criteria for selected satellites are the advancement of the satellite’s payload, i.e. the technology packed into the satellite, and the testing of new technologies. The German Space Agency, which implements the space strategy of the Federal Republic of Germany, is part of the German Aerospace Center (Deutsches Zentrum für Luft- und Raumfahrt, DLR).